Which Greek Mythological Creature Are You? - Personality Quiz 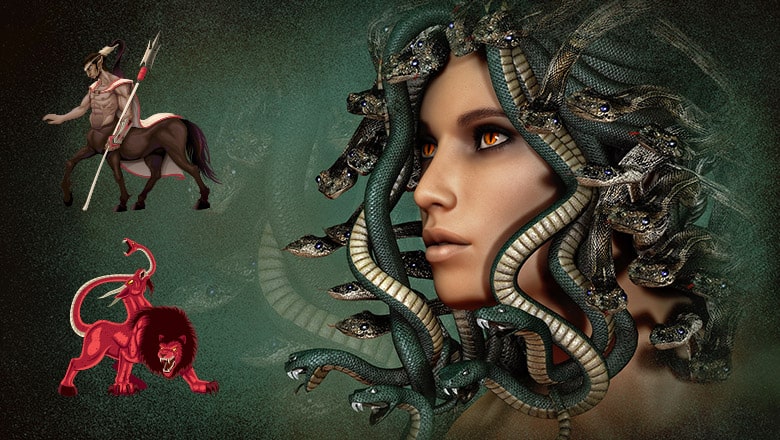 The ancient mythology presented us to all kinds of fabulous creatures and beasts.

The Greek, Egyptian, and Persian mythologies introduced many of these fantastic creatures and produced some of the most fascinating tales.

Besides numerous deities and gods, the ancient Greek folklore also suggested the existence of many legendary creatures.

Many of those mythological monsters are hybrids, sometimes part-human or a combination of multiple animals.

The folklore tells us that these creatures possessed special powers like fire breathing, hypnosis, madness induction, superhuman strength, the ability to turn people into stone, and so on.

A few of the most popular creatures of Greek mythology are:

These are only a few of the most popular mythological beasts, but there are many other fabulous creatures that appear in the Greek tales and folklore.

Some of these monstrosities were actually the sons of various deities or kings or the result of their infidelity and infatuation.

We could talk all day about Greek mythology, gods, and the legendary creatures that these refer to, but that's not our purpose.

Since now you know a few things about the legendary creatures of this fascinating mythology, are you ready to take a fun personality quiz and find out which Greek mythological creature are you?

We have created a fun quiz that will determine which mythical beast you relate the most with based on your personality, preferences, and behavior.

The rules of the game are simple. Just answer all the questions as sincerely as possible and at the end of the quiz, we'll reveal the result. There is no time limit so take all the time you need.

Just click on the "Start Quiz" button below to begin the quiz.

Answer all the questions and at the end of the quiz you will receive your results. No answer is wrong or right.

This quiz is not based on any scientific studies and it is intended for entertainment purposes only.