How Well Do You Know Greek Mythology? - Trivia Quiz 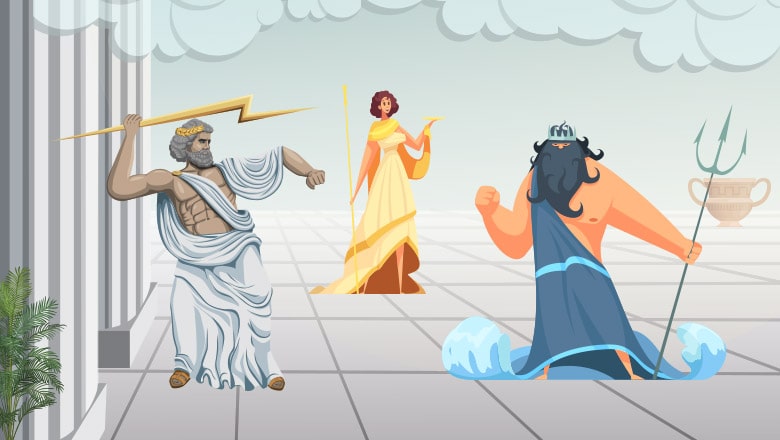 How well do you know Greek mythology?

Do you think you can answer correctly to a series of questions about Greek mythology, gods, goddesses, and legendary creatures?

If you accept the challenge then we have just the perfect trivia quiz for you.

But first, let us tell you a few words about why we find Greek mythology absolutely fascinating.

If you consider that you already know everything about it and you are just anxious to take the quiz, just click on the "Start Quiz" button to begin answering the trivia questions.

Why Is Greek Mythology So Interesting?

Greek mythology is probably the place where the first super-heroes were born and regardless your age, it's impossible not to find the old Greek tales and legends fascinating.

While there are many countries that have amazing stories and legends about gods and goddesses who are believed to have ruled the earth many years ago, we find Greek mythology to be one of the most colorful and captivating.

The Greek folklore tells us stories of powerful deities, creatures with fantastic powers, battles for power between brothers and sisters, giants, infidelity, betrayal, and so on.

Because of all the enthralling stories portrayed by this mythology, numerous movies, and TV series have been made or inspired by it. You might have heard about or seen movies like "The Legend of Hercules," "Immortals," "Clash of the Titans," and so on.

Unfortunately, in Greek mythology, doesn't exist a single book where one can read the full story of these ancient deities.

These tales and myths were a regular part of everyday life in ancient Greece and were transmitted from one person-to-person and from one generation to another until finally poets and influential persons started to write about them.

These legends arose due to the need for people to explain the various things of their day-to-day life, nature, and religious rituals.

Even though most people only know the twelve Olympian gods, which are seen as the major deities of the Greek pantheon, there were actually more than 350 of them. Besides those, there were also many demigods, immortals, and other godly beings that lived before the Olympians, such as the Titans.

The twelve Olympians are commonly considered to be:

and either Hestia or Dionysus.

Greek mythology is very complex and there are more tales and legends than many people know.

We could continue to talk about the origins of Greek mythology for many days or weeks. However, since you are here you might already know these things and we bet you are really anxious to test your knowledge about Greek mythology with this trivia quiz.

The rules are simple. Answer all the quiz question and at the end of the test, you'll see your results, along with your answers and the right answers where you have selected the wrong answer.

Every question has only one correct answer and there is no time limit. Therefore, take all the time you need before selecting the answer which you believe is the correct one.

We tried to make this trivia test fairly easy so more people could enjoy it.

Click on the "Start Quiz" button below whenever you want to start answering the questions. Let's see how many things you truly know about Greek mythology.

Trivia quizzes test your knowledge about a particular field or topic.

Answer all the questions and at the end of the quiz you will receive your score.

Each question has only one correct answer so it shouldn't be too hard.

We will reveal all the correct answers after you finish the test.

Challenge your friends to take this quiz and see if they can get a higher score.