Which Greek God/Goddess Are You? - Personality Quiz 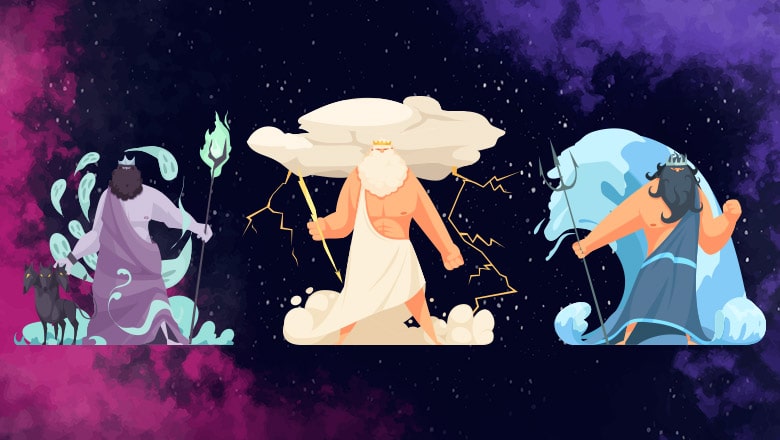 Interested in finding out which Greek god or goddess are you? Take this fun personality quiz and discover which of the Twelve Olympian gods or goddesses match your personality the most.

But first, let us introduce you to the wonderful Greek beliefs.

Ancient Greek mythology is one of the most interesting and fascinating areas of Greek culture.

There are countless stories and legends from Greek folklore that speak about the tales of many gods and goddesses that ruled the earth and the sky many years ago. There are also many tales of fantastic creatures and epic battles.

Just like the Egyptians, Greeks believed in the existence of multiple gods. Each of these deities had their own role in maintaining order and harmony across the universe.

These gods and goddesses were utilized mainly as a way to explain the world in which humankind lived and various happenings and events that occurred in nature.

There are over 400 Greek deities, including demigods, immortals, and different versions of the same gods that were worshipped in different places and time periods.

Of all these, the most important Greek gods and goddesses are considered to be the Twelve Olympians, which are also the most well-known deities of ancient Greece.

Over the years, have been produced countless movies and TV series portraying or inspired by Greek gods and goddesses, as well as other different events described by the fascinating Greek mythology.

It is believed that the Twelve Olympians lived on Mount Olympus, the highest mountain in Greece. They were immortal beings who gained their supremacy after winning a long war for supremacy with the previous generation of ruling gods called the Titans.

and either Hestia or Dionysus.

Greek people believed that each of these deities had a special power, particular traits, and distinctive symbols. Some of them have also animals, planets, weapons, or other particular items associated with their names.

The unique particularities of each god and goddess helped us to put a personality quiz together in order to find out which one of the Twelve Olympians matches the most with a person's personality and habits.

Which Greek God/Goddess Are You?

Are you ready to take the quiz?

We have prepared a series of questions related to things connected to the Greek gods and goddesses previously mentioned.

Answer all these questions and at the end of the test, you'll receive the result based on your score.

You can only choose one answer. There are no wrong or right responses and there is no time limit. Just answer honestly to every question to get the most accurate result.

Begin the quiz whenever you are ready by clicking on the "Start Quiz" button below and find out which one of the Twelve Olympian gods matches your personality.

Answer all the questions and at the end of the test you'll receive a result. No answer is wrong or right.

This quiz is not based on any scientific studies and it's intended for entertainment purposes only.